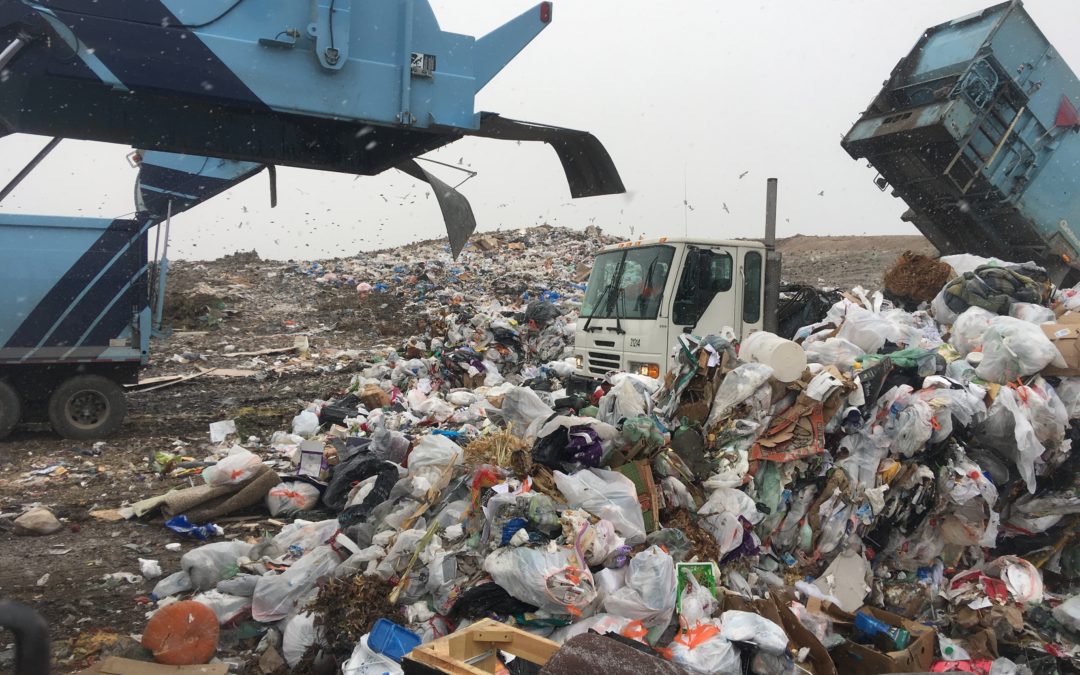 Did you know that South Africans generate roughly around 54,2 million tons of waste per year? These tons of waste consist of general, municipal, commercial, and industrial refuse. According to the now Department of Environment, Forestry & Fisheries’ 2017 State of Waste Report, only 10% of the 54,2 million tons are recycled or recovered for other uses, whilst the majority, ± 90% gets dumped in the 826 landfill sites throughout South Africa.

The DEFF’s State of Waste Report further highlighted that approximately 94% of the hazardous waste the country generated were not discarded of responsibly, but instead directed to landfill sites. Hazardous waste types include mercury containing, asbestos containing, brine, fly ash, waste oils, sewage sludge and materials considered as miscellaneous waste.

Hazardous waste generates a wide range of toxins that are harmful to the environment and human life, both in the long and short term. Such waste must be carefully handled and discarded of according to strict hazardous waste regulations.

But there’s giant problem awaiting us. Metropolitan municipalities in Gauteng have not licenced a single new landfill facility in the last 24 years, and during all this time we’ve lived under an illusion that we need to recover 70% of our municipal waste streams generated. Instead, the stark reality is that our few remaining landfill sites are filling up and approaching closure at a rapid and increasing rate. And still municipalities are also not replacing them with new landfills or implementing viable alternative waste disposal or recovery solutions.

Planning going down the drain

Apart from the eThekwini Metropolitan Municipality and the City of Ekurhuleni, most other major cities and local municipalities across South Africa have no legal airspace left. Not only do the majority of South African municipalities not comply with their regulatory obligations in terms of the operation of their landfills, but also with the gazetted Norms and Standards for the development of such facilities.

Generally, it will take any municipality at least five years to obtain a waste licence, and an additional 12 months for the construction of a new landfill facility, without any public opposition to such a facility. Our waste management industry as it stands is simply not able to keep up with the high and increasing volumes of waste generated as our population grows.

This means we seriously need to look at adding to our current waste management infrastructure which will ultimately help us manage our country’s waste in a sustainable way.

Waste not, want not
The reality is that a waste crisis awaits South Africa and it requires immediate attention and action. Various municipal and hazardous waste streams have significant calorific value and can be utilised to  generate enewable energy, alleviating pressure on conventional power generation facilities, while at the same time providing part of a solution to the landfill crisis in South Africa.

RaySA Engineering Solutions aims to develop an innovative process for the conversion of waste to energy through the use of our unique DC arc furnace technology. The process has relatively low capital and operational costs which would enable small units to be installed at the site of waste generation and reducing the handling of the waste.

As the first of its kind with an operating temperature of 6000°C (compared to ± 1200°C in a typical incinerator), these high temperatures in the arc furnace will reduce waste volume by 97% and in effect create CO gas which can then converted as a source of energy. The DC Arc furnace is designed to effortlessly process a mixed and unsorted waste feed which creates electricity and by extension will greatly reduce the need to sort the waste and the space required for dumping waste.